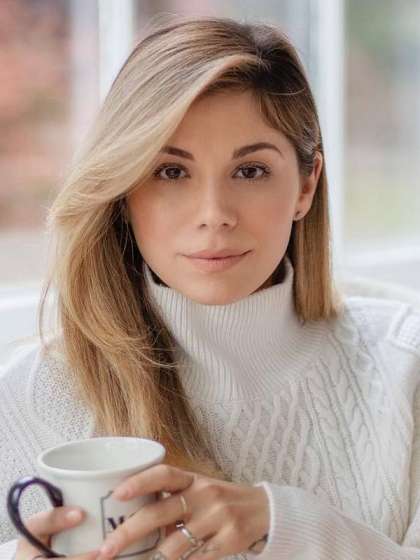 Compare your height to Christina Perri

Who is Christina Perri?

All that singer-songwriter Christina Perri needed was a break and she grabbed a shot for instant fame with both hands. Her talents and beauty are undeniable.

At 16, she self-taught herself to play the guitar. Her breakthrough came when her 2009 song, Jar of Hearts was played on So You Think You Can Dance in 2010. It sold over 100 thousand copies in that month and earned her a recording deal.

Her song titled A Thousand Years, which was soundtrack for The Twilight Saga: Breaking Dawn – Part 2 became an instant success, going 4 times platinum in only the US. Her 2011 Lovestrong album also features the popular song, Arms.

Christina is straight and has since December 2017, been married to Paul Costabile after a 6-month engagement. The couple had met back in 2013, around the time she was dating Chandler Parsons.

Others which she had dated are Martin Johnson, John Michael Andersson and Steve Kazee.

Being the only daughter and last child of Dante and Mary Perri, her only brother is guitarist, Nick Perri. She also has a cousin named Dominic Perri.

She and her husband became parents to a pretty baby girl named Carmella in January of 2018.

Christina was raised in a Roman Catholic home and attended a Catholic school but she is believed to be more spiritual than religious lately.

After moving to Los Angeles on her 21st birthday, she worked as a waitress at Melrose Café to survive.

Some of her tattoos are a pointer to her beliefs. She has “Nothing Is Random” written on her wrist and the famed “The Creation of Adam” image somewhere else on her body.