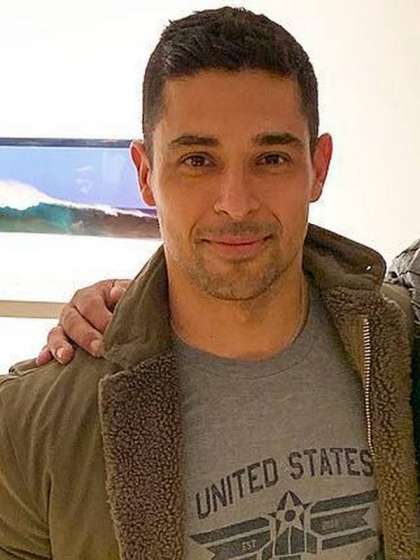 Compare your height to Wilmer Valderrama

Who is Wilmer Valderrama?

Wilmer Valderrama has grown famous through his many works as an actor, voice actor, producer, TV personality and singer.

He first began by performing in several plays such as Rumors and A Midsummer Night’s Dream before grabbing media attention while doing a Spanish commercial for Pacific Bell.

On his teacher’s advice, he got an agent who landed him a role in 4 episodes of Four Corners in 1998 before making his film debut with Summer Catch in 2000.

He has also served as creator, host and executive producer of MTV show, Yo Momma (2006-07).

Wilmer is straight. He was in an on-and-off relationship with Demi Lovato between 2010 and 2016 as he was also with Minka Kelly from 2012. He dated Chantel Jeffries in 2017.

Other women he has had romantic affairs with include (but not limited to) Christina Milian, Lindsay Lohan and Mandy Moore.

Born to a Colombian mom and a Venezuelan dad, he is the son of Balbino and Sobeida Valderrama. He has 2 sisters who are Marilyn and Stephanie as well as a little brother by the name of Christian.

Although he never speaks about his beliefs, he shows he has a particular belief in God as he almost always has a cross with his dressing (necklace, chain, T-shirt print, wristbands and bracelet, etc).

He is friends with Ashton Kutcher. He has been a victim on his show Punk’d more times than anyone.

He released a single in 2011 titled The Way I Fiesta.