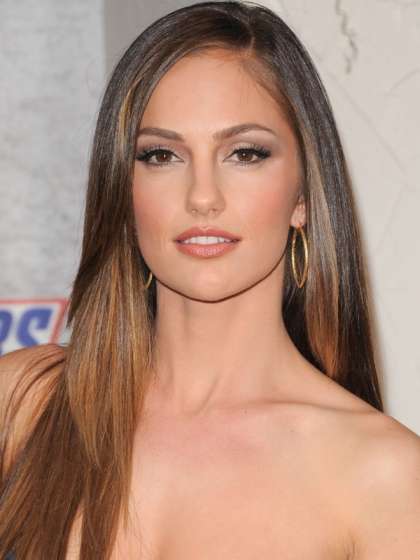 Compare your height to Minka Kelly

Who is Minka Kelly?

Minka Kelly is a beautiful, brilliant burgeoning actress who has become a popular name among television series and romcom lovers.

Growing up, Minka’s ambition was to become a surgical technician while acting was a hobby.

She took a few classes and had a few auditions while working as scrub tech and in 2003 had her first shot at acting in a cameo role in the 6-minute prelude for 2 Fast 2 Furious.

A year later, she guest starred in an episode of Cracking Up, hence the launch of a fine career.

She also starred prominently in DC series, Titans in 2018.

Minka is straight and has been involved with a number of famous men such as John Mayer, Derek Jeter, Josh Radnor and most recently, Jesse Williams.

Born as Minka Dumont Dufay, she is the daughter of Aerosmith guitarist, Rick Dufay and exotic dancer, Maureen Dumont Kelly.

There is no concrete evidence to suggest that Minka is into organised religion. Hence, she is non-religious until she indicates otherwise.

Her mother died of colon cancer in 2014.

In 2015, she became a professional chef after taking culinary classes for half a year.

She was featured in the music video of Maroon 5’s One More Night in 2012.