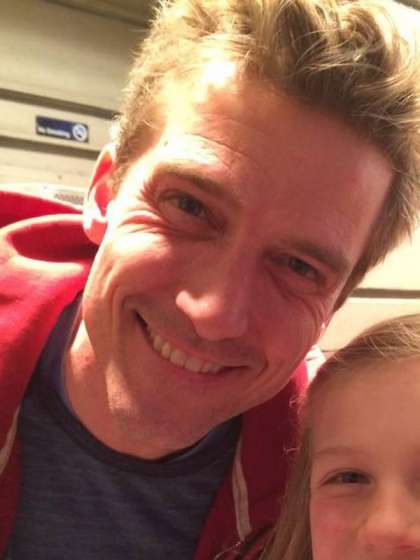 Compare your height to Kevin Kern

Who is Kevin Kern?

Kevin Michael Kern is an American actor who has carved out a niche for himself in Broadway and has remained a shining light.

He received a 1-year scholarship to study the course at Master’s level which he took. He made his professional debut playing 7 roles including an understudy bit in a Les Misérables play in 1987.

Kevin is straight. He has been married to the love of his life, Broadway actress Megan Lawrence since 1999 and they both been basking in marital fulfillment ever since.

He is one of the sons of Michael and Nancy Kern with his brother being the more famous actor, Joey Kern. He is the father of 4 children with his wife, Magnolia, Sunny Jo, Gus and Clover.

He is also an uncle to Joey’s daughters, Lily and Rose through his marriage to Gillian Kern.

Kevin has never been one known to speak up about religion. It is therefore, difficult to prove what beliefs he may or may not have.

He appeared on screen in 2013 on a TV variety talk show titled The Broadway.com Show.

He is set to star in an off-Broadway play titled The Scarlet Pimpernel in 2019.

The is a famous American pianist with name Kevin Kern.