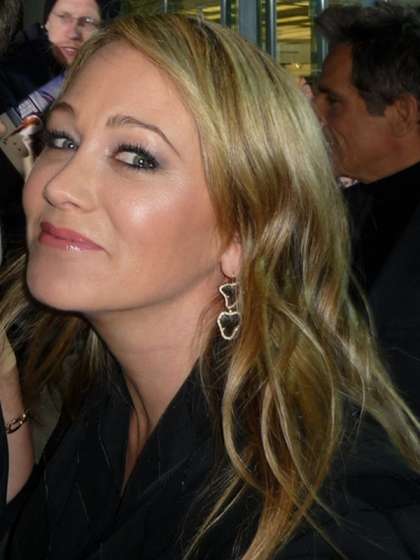 Compare your height to Christine Taylor

Who is Christine Taylor?

She got her break in the industry as Melody Hanson in the teen series for Nickelodeon, Hey Dude in 1989 when she was 18 and continued in this role until 1991. This role soon became the foundation of most of the roles in her career.

Asides from Hey Dude, she also left a lasting impression with her roles as Marcia Brady in the films, The Brady Bunch Movie in 1995 and its 1996 sequel, A Very Brady Sequel. Some other fine works of hers are in Zoolander in 2001 (and its 2016 sequel) and Dodgeball: A True Underdog Story in 2004.

Christine is straight and until their separation in 2017, she was married to comic actor Ben Stiller since 2000 after they met during the pilot for unaired series, Heat Vision and Jack.

She and her brother, Brian Taylor are children of Albert “Skip” III and Joan Taylor. She and her estranged husband are parents to 2 kids; daughter Ella (born 2002) and son Quinlan (born 2005).

Christine was raised a Catholic and still practices her faith till date. She attended 2 Catholic schools while growing up.

She and her estranged husband decided to go on a vegan diet on health grounds.

Despite playing several comic roles, she is an avid horror aficionado.

She is also a devoted tennis fan.