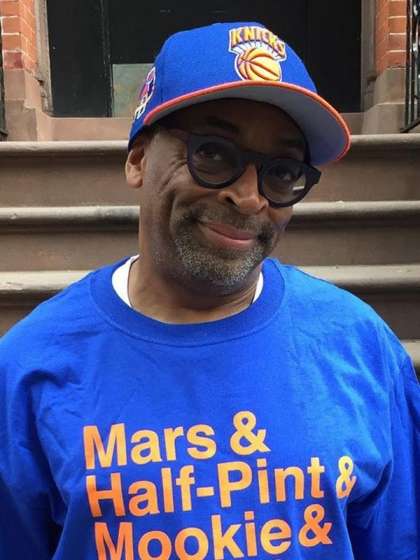 Compare your height to Spike Lee

Who is Spike Lee?

Spike Lee is one of America’s most popular and most celebrated filmmakers. He is also an actor and a tenured professor of filmmaking at NYU.

He shot his first film, albeit a student project, Last Hustle in Brooklyn while at Morehouse College before going ton to obtain a master’s degree in film & TV at NYU’s Tisch Arts School.

With financing from his grandmother, Spike shot his debut feature film, She’s Gotta Have It in 1985. With a meager budget of $175,000, it made over $7 million at the box office.

With his works themed around colorism, urban crime and poverty in the black community, he has won Academy, Emmy, BAFTA and a few other award for films such as Do The Right Thing (1989), Malcolm X (1992) and more recently BlacKKKlansman (2018).

Spike is straight. He and his wife, Tonya Lewis Lee (who is an attorney) have been enjoying marital life since 1993 after dating from a year before. Prior to that, he was in a 1-year relationship with Veronica Webb.

Born as Shelton Jackson Lee to William III and Jacqueline Lee as their first child, he has Joie, Cinqué and David as his younger ones. He is also a cousin to Malcolm Lee.

Spike is a Christian who claims to have a personal relationship with God but is not quite keen about going to church.

He is a fan of the Knicks and Yankees, both New York teams. He also supports English Premier League team, Arsenal.

His production company is called $o Acres and a Mule Filmworks.

He still cannot drive any car.