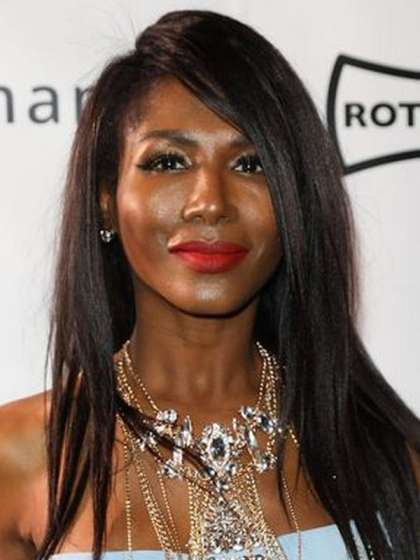 Compare your height to Sinitta

Sinitta Renet Malone is an American-born English pop star who rose to prominence in the 80s and 90s. She is also an actress and TV personality.

She was an understudy in the play The Wiz in 1980 but began a career in showbiz by first being cast in the film, Shock Treatment in 1981 before going on to appear in several West End productions, most notably Cats and Little Shops of Horror in 1983.

She is the producer and lead presenter of The Xtra Factor and also presents Loose Women on ITV.

Sinitta is straight. She was famously in an on and off relationship with Simon Cowell in the 80s and 90s.

Her 2002 marriage to Andy Willner, a marriage that ended in 2010 after separation of almost 2 years. She began dating Stefano Zagni in last 2009 but this ended too.

She is the daughter of Anthony Blackett, Canadian singer and actress Miquel Brown.

She found out she has a twin sister around 1984 but they are not so close.

She adopted 2 children with her ex-husband; Zac and Magdalena.

Sinitta is a born-again Christian after she rededicated her life to Christ in 1994.

From 2004, she has helped Simon Cowell picked his contestants for The X Factor UK. Her selection became winner 4 out of 6 times.

She has sold out venues such as 02 Arena, Tokyo Dome and Wembley Stadium.