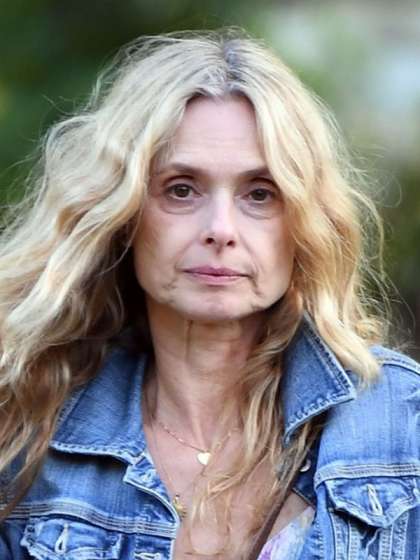 Compare your height to Maryam d'Abo

Who is Maryam d'Abo?

Maryam's acting career was launched in the early 80's as she portrayed the Analise Mercier character in the British horror film, Xtro. By 1985, she went international through the American drama, White Nights.

Over the past 3 decades, Maryam has attained the most recognition through the 1987 James Bond movie, The Living Daylights where she featured as Bond girl Kara Milovy.

Maryam is straight. Observing her relationship records, she seems to have a particular taste for famous celebrities among who include, Sylvester Stallone, Mick Jagger and Quincy Jones.

From 2003, she became a member of the Hudson family as she tied the knot with the movie director, Hugh Hudson. Success happens to run in her family as the famous singer Mike d'Abo is her cousin.

Regarding her religious beliefs, Maryam is not very outspoken. Therefore, we cannot precisely confirm what religious pathway she was exposed to in her childhood; neither can we determine her current beliefs.

While pursuing her acting career, she suffered from a brain haemorrhage and later recuperated in 2017.

In 2015, she dabbled in modelling through JD Williams' clothing collection called AW15.

Maryam is of both Dutch and Georgian ancestry.

At various points in her life, she has lived in London, Paris, Geneva and the US.