Compare your height to Olivia Williams

Who is Olivia Williams?

Olivia Williams is a recognizable British actress, though she also cooperates with American cinematography.

Initially, Olivia set a goal to give up acting dream if she didn’t achieve success till the age of 30. However, after joining Royal Shakespeare Company she completely forgot about that irrelevant promise as she studied theatrical at and worked in London’s theatre. (Source: Biography.com, 04/02/2014)

Her debut film role was in The Postman by Kevin Costner. That project led her to the role in The Sixth Sense which became her ladder to the international success.

After years of theatrical work, Olivia came back to theatre playing in Love's Labor's Lost.

Olivia’s private life is rather impetuous: she broke up with Jonathan Cake after 7 years of being together just 2 weeks before the wedding day; she was dating Polish Foreign Affair Minister Radek Sikorski, but finally, in 2003, she tied the knot with Rhashan Stone (he’s also an actor) and gave birth to two their daughters.

No data confirms Olivia’s religiousness, but celebritykeep.com (07/18/2017) assures that the actress is Christian judging by her origin – she’s English born-and-bred.

Olivia is a specialist not only in acting; she also obtained a degree in literature.

She is an author of a book called The Significance of Hair which she presented during the broadcast at the BBC Radio program.

To stay in a good shape, Olivia Williams practices Bikram Yoga – a style of hot yoga.

In the 1990s she read the script for The Matrix and said: "What is this incomprehensible hogwash?". She is sorry for that. 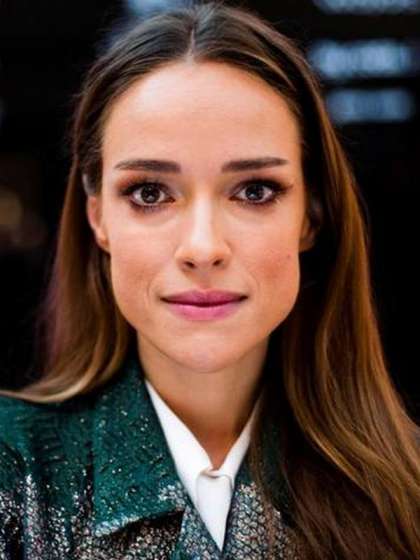