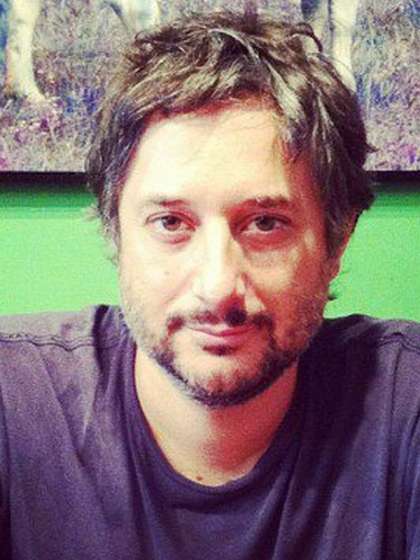 Compare your height to Harmony Korine

Who is Harmony Korine?

Harmony Korine has gained some renown across the country as a film and music video director, screenwriter, author, actor and artist.

After getting intrigued about films and theaters at a young age, he spent a lot of his teenage years watching classics at revival theaters.

He studied business administration in college and dramatic writing at NYU’s Tisch School of the Arts for a year and got his break writing and starring in Kids in 1995.

Also, he directed the music video for Rihanna’s Needed Me and an advert for Supreme that featured Gucci Mane, both in 2016.

Harmony is straight. He and Rachel (née Simon) Korine have stayed happily married since 2007 after a relationship of 2 years.

The only other woman he has been known to be with is Chloë Sevigny whom he met in 1993 (her senior high school year) and dated for a few years afterwards.

He is a son of former tap-dancer and docu filmmaker, Sol and Eve Korine and is a brother to Avi Korine.

Harmony was born into a Jewish family and raised in that faith but he seldom speaks about religion.

He tried to change his name to Laird Henn once but since it didn’t stick, he reverted to his original name.

He admits he was often stoned during his appearances on David Letterman’s show in the mid 90s.

He was a skateboard prodigy in his teens.