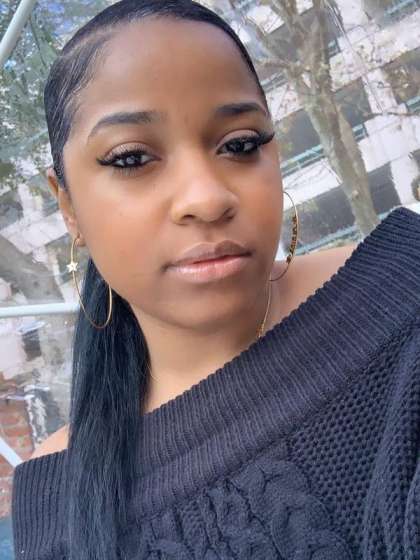 Compare your height to Antonia Wright

Who is Antonia Wright?

Toya Johnson, other times known as Antonia Wright, is a famous reality TV celebrity. She is also a fashion businessperson, a rapper and a published author.

She met Lil Wayne when she was 12 years old and by the time she was 14 years, had gotten pregnant by him. Then decided to birth the baby as Lil Wayne was about to be signed on to Cash Money Records. She became a 15-year old mother in November of 1998.

Some of her books includes Priceless Inspirations and her chronicle, My Own Words..My Real Reality.

Toya is straight. She and Lil Wayne tied the knots in 2004 but they divorced 2 years later and still remain good friends.

She dated James Hardy in 2008 and got married again in 2011 to Michael “Memphitz” Wright but they separated 4 years on.

She is the middle child and only daughter of Walter Johnson and Anita Johnson-Andrews.

Her siblings, Ryan and Joshua were murdered in 2016 while riding in their car which was sprayed with bullets.

Her first child is Reginae Carter and she had her second daughter, Reign Rushing in 2018.

Toya was raised in a Christian home and she is observed to still hold her faith in God dear.

In 2017, she co-authored You Just Don’t Get It with her daughter, Reginae.

Her brothers’ murderer was arrested in March 2017.