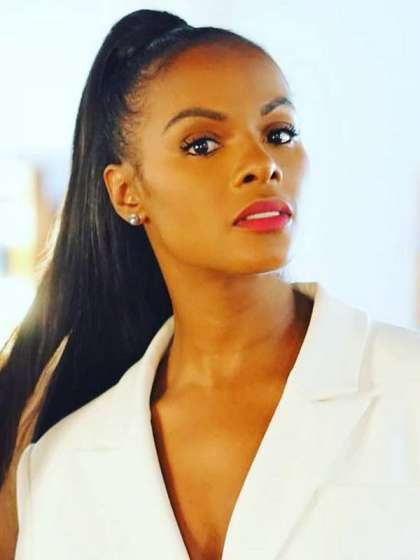 Compare your height to Tika Sumpter

Who is Tika Sumpter?

Euphemia LatiQue “Tika” Sumpter is a woman with enchanting beauty who has combine this with her talents and ingenuity to become a model, actress, producer and a TV personality.

Her beauty was already evident growing up and she was in her high school cheerleader squad. She attended Marymount Manhattan College to study communications.

Starting off as a model, she appeared in ads for Liz Claiborne perfumes and for HP computers.

She then began co-hosting Best Friend’s Date in 2004.

She also had recurring roles in Gossip Girl and The Game in 2011-12.

Tika is straight and has been engaged to actor Nicholas James Muscarella since December 2016 after dating for a year.

She had previously been married to actor Hosea Chanchez in 2009 until their divorce in 2012 and had dated Drake in 2005.

She is the daughter of Arthur Sumpter Sr. and Janice Acquista and she has a sister named Chauna Sumpter. She became a mother to Ella-Loren in 2016 whose father is Nicholas James.

Tika is widely noted to be a Christian and still upholds its values.

Tika has won one award (CIFCC Award) and has been nominated for 3 others including NAACP Image Award, all for the film Southside with You which she also produced.

She starred in Nobody’s Fool in 2018 alongside Tiffany Haddish, Whoopi Goldberg and Omari Hardwick.