Compare your height to Charlotte Casiraghi

Who is Charlotte Casiraghi?

Charlotte Casiraghi is Monaco royalty and has the flawless beauty to match the title. She is also a journalist and a great enthusiast of horse-riding sports.

After a boating mishap that cost her dad his life when she was 4, her family moved to a remote location. Growing gracefully, she was in the top 10 world’s most eligible bachelorettes at 16 and featured on Vanity Fair’s International Best Dressed List.

She is widely recognized as the daughter of Princess Caroline of Monaco (now of Hanover) but she is also an editor for several magazines and a published author. She also participates actively in the equine sport.

Charlotte is straight. She was in a long term relationships with men such as Alex Dellal and comedian Gad Elmaleh before getting engaged to filmmaker Dimitri Rassam in early 2018. Soon there will be an addition to the family as Charlotte is pregnant with Dimitri's baby.

Charlotte and her siblings, Andrea and Pierre are born to late Stefano Casiraghi and Princess Caroline of Hanover. He mother married Ernst August, Prince of Hanover and bore Princes Ernst and Christian and Princess Alexandra of Hanover.

Charlotte and Gad Elmaleh have a son called Raphaël, born in 2013.

Although it is unclear, it is believed that Charlotte is continuing in the faith and religion of the entire family which is Catholicism. She went to Catholic schools growing up and her son was baptised in the palace chapel in Monaco.

Presently, she is eleventh in the order of Monaco sovereignty.

She is also the endorsed equine representative for vogue house Gucci.

She is fluent speaker in French, Italian and English. 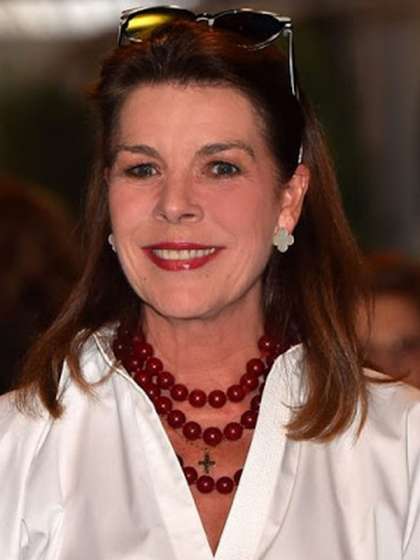