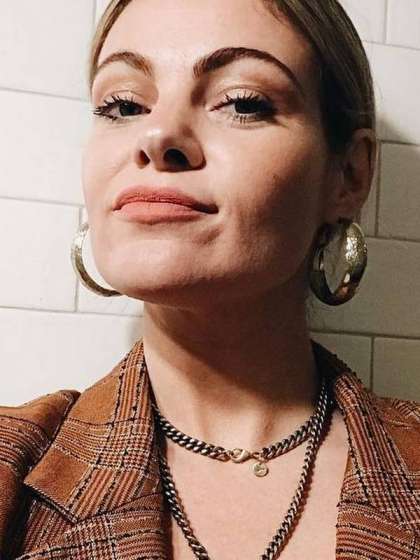 Compare your height to Caitlin Crosby

Who is Caitlin Crosby?

Caitlin Crosby is such a sweetheart. The beautiful actress is also a talented singer and also a very charitable humanitarian.

Her interest in singing deepened in her mid teenage years as she began to play music in her church choir. At the same time, her acting also improved as she joined the theater program in her high school, landing a lead role in the As You Like It Shakespeare play. She made her screen debut in 1997, aged 14 in an episode of 7th Heaven.

She is probably best known for her recurring roles in Living With Fran in 2005 and The Hard Times Of RJ Berger in 2011. She also had small roles in the 2008 film, Shades of Ray and 2011 TV film A Mann’s World.

Caitlin is straight and has been married to Colin Benward Crosby since 2014. Before then, she was widely known for her relationship with famous actor Zachary Levi between 2008 and 2010. He even appeared as her love interest in her music video for Still Have My Heart in 2009.

There is not enough information concerning Caitlin’s background and her family. She decided not to expose her family to media scrutiny.

She and her husband became parents to a son, Brave in 2016.

Caitlin is a Christian and one who actively practices her faith with her charity endeavors and somewhat through her music.

She is the brainchild and benefactor of charity group, Giving Keys. By engraving inspiring words on hotel keys and selling them, she has been able to keep a homeless couple off the streets.