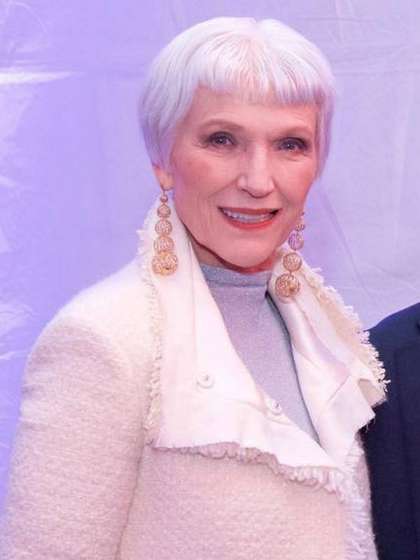 Compare your height to Maye Musk

Who is Maye Musk?

Maye Musk, otherwise known as a Canadian-South African billionaire tech genius matriarch, is a certified dietitian and a fashion model.

As a little child, she was part of her parents’ adventurous team that travelled across the world in search of fabled items.

She grew older and participated in the 1969 Miss South Africa pageant and finished as a finalist but did not win.

Asides her title as the mother of Tesla founder, she works with her 2 Master’s degrees in dietetics and nutritional science across the world. She has appeared on covers of Time, New York and Elle Canada, in ads for Virgin America, Target, Special K and Beyoncé’s Haunted music video in 2013.

Maye is straight and the only man she has been known to be with is Errol Musk. They were married in 1970 but split in 1979.

Maye was born archaeologist and chiropractor Joshua and Winnifred Haldeman. She has 2 sons, Elon and Kimbal and a daughter, Tosca with her ex-husband.

She is now a grandmother to more than 7 children.

Maye’s religious beliefs are unknown. Religion has not been a topic she discusses with the media. She is not Jewish, contrary to what some reports say.

At 69 years, she became the oldest spokesmodel of CoverGirl in 2017.

Her ex-husband currently fathers a child with his own stepdaughter, a source of displeasure to her and her children.

All body measurements above were taken from imgmodels.com