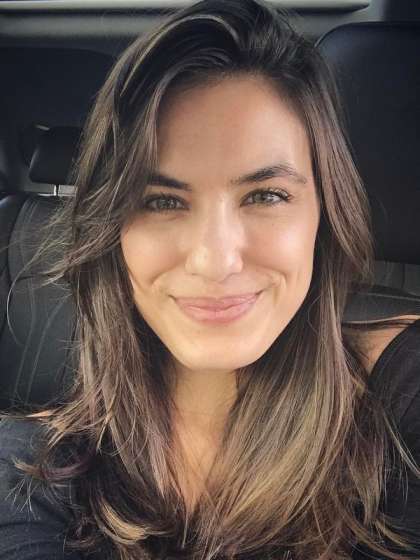 Compare your height to Breanne Racano

Breanne Racano has shown excellent skill and versatility in her chosen career as a film and television actress.

While in her senior year of high school, she showed great skill in her Hollywood debut as a newscaster in the 2006 sci-fi action adventure, Crops. She also appeared in an episode of CSI: NY in 2008 and in the 2010 film, Hellweek while earning her journalism degree at California State University.

Breanne is straight and appears to have a thing for actors. She has been married to Jerry Ferrara since June of 2017. They had both been dating since the start of 2014 and got engaged 10 months before their wedding.

Before then, she dated Sean Faris for 2 years and 4 months since 2009.

She prefers to keep her family out of the media spotlight. However, she has a sister with the name Lauren Rose Macano.

Speaking of her beliefs and her faith, it is another topic Breanne has chosen not to talk about and it is even almost impossible to speculate.

Her marriage has already hit the first troubled times as she sadly had a miscarriage in 2018. The good news however, is that she is pregnant again and due in May of 2019.

She played the character of Kate in Aggregate and Katie in Entourage.