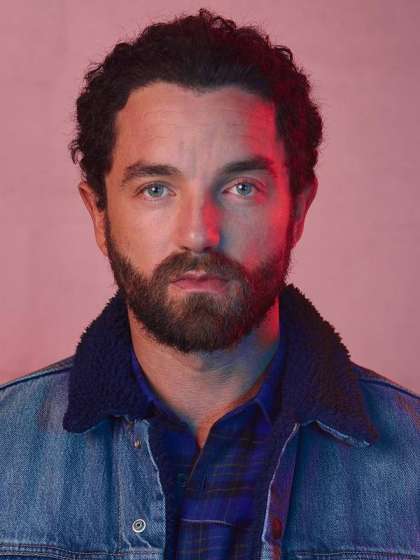 Compare your height to Guillaume Gouix

Guillaume Gouix is one of the most highly-rated French actors around now. His talents are not only in front of the camera but also behind as he is also an excellent filmmaker and writer.

He attended the Marseille Conservatory at the Regional School of Cannes actors where he learned all the necessary skills to excel in his chosen profession.

He was a teenager when he made his acting debut in the mini-series, Marseille in 1998 and later in 2000, a film debut came in the form of Deuxième quinzaine de juillet.

His filmmaking talents are evident as seen in the short films Alexis Ivanovitch, You’re My Hero in 2011 and Mademoiselle in 2014.

Guillaume is straight and since 2015, has been in a committed relationship with Alysson Paradis who is a French actress. We hope they seal the deal and get hitched really soon.

In September, 2015, he and Alysson became first-time parents to a beautiful baby boy Marcus.

We do not have any information about Guillaume’s religious views and his perception of faith at the moment.

He also acts on stage and particularly with directors like Didier Galas and Bruno Bayen.

His 2011 short won an award at Cannes Film Festival and another 2 for his acting.