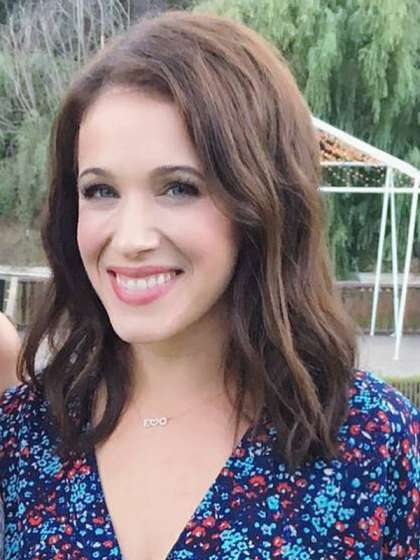 Compare your height to Marla Sokoloff

Who is Marla Sokoloff?

Marla Sokoloff is a very talented film and TV actress who also doubles as a singer and guitarist.

She was 12 when she made her debut in uncredited roles in the film So I Married an Axe Murderer and an episode of Boy Meets World but still landed a guest role in the hit series Full House.

She was 17 when she landed a role in The Practice and has gone on to star in 113 episodes until 2004. She also starred in The Fosters in 2014 and is playing her Gia Mahan role in Fuller House since 2016.

Marla is straight and is married to Alec Puro since 2009 after dating for 5 years. They both met in 2004, months after her relationship with James Franco ended. She and Franco had been dating since 1999 after meeting on set of Whatever It Takes.

She is the only daughter and younger child of retired doctor Howard and ex-caterer Cindi with her only sibling being Jared, a chef.

She mothers 2 daughters with her husband; 2012-born Elliott and 2015-born Olivia.

Marla is born to Jewish parents (Russian dad & German mom), so she is Jewish herself.

She wrote, directed and starred in her 2018 comedy short titled Preschool in L.A. Her daughter Elliott also starred in it.

Formerly sang and played guitar for the band Smitten, she does both now as a self act in LA.