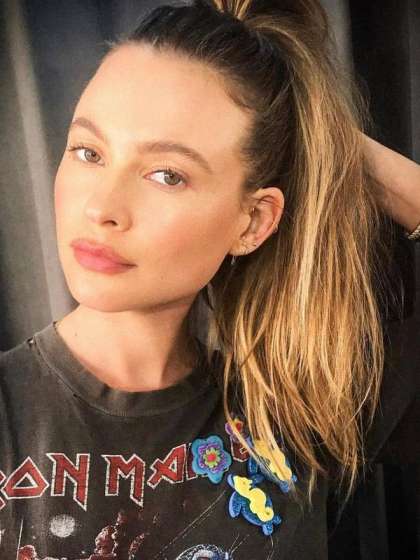 Compare your height to Behati Prinsloo

Who is Behati Prinsloo?

The stunning Victoria’s Secret angel, Behati Prinsloo is a Namibian beauty who has made worldwide fame as a supermodel.

She was taking a vacation in Cape Town, SA with her family in 2004 when she was discovered by a modeling scout. She dropped out of school in grade 9 after an invite to London for a photo shoot and she began her career as a foot model in 2005 for Prada and Miu Miu.

Labeled the “tomboy angel” by her peers, Behati walked the runway for Victoria’s Secret for 9 consecutive years from 2007 and continued in 2018. She is also Pink’s first contracted model and made the Behati Loves Pink swimsuit collection in 2010.

Behati is straight and has been married to Adam Levine since 2014 after they both dated for 2 years. She was until 2012, previously dating British model, Jamie Strachan since 2005 when she moved to England.

She was born in South Africa as the daughter of Namibians Louis and Magda Prinsloo. She became a mother to Dusty Levine exactly 2 months and 2 days after her marriage. Her second daughter, Gio Levine was born in early 2018.

Her father is a minister and was on church assignment in SA when she was born. Behati is therefore, a Christian but not as devout as expected.

She speaks fluent Afrikaans and English.

She is a band T-shirts collector.

All body measurements were taken from models.com.