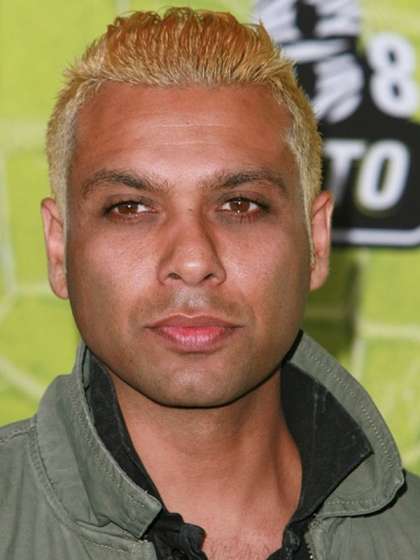 Compare your height to Tony Kanal

Who is Tony Kanal?

Blessed by an amazing talent in music, Tony Kanal is British-born songwriter and musician.

Tony learned how to play the saxophone when he was a child from his dad.

In his twenties, Tony became a member of a band called No Doubt and began his career as a musician.

Tony is most known as a member of No Doubt, where he was a bassist. After the group temporally stopped recording, Tony started to make a name for himself as a music producer.

With his bandmate, Gwen Stefani, he co-wrote tracks for her albums named The Sweet Escape and Love. Angel. Music. Baby.
Tony has worked on his band’s albums such as Push and Shove, The Beacon Street Collection, Return of Saturn and Tragic Kingdom.

Tony is straight. Gwen Stefani was his first ever girlfriend and they are still very close.

Tony’s parents Lajwant and Gulab are of Indian descent. Tony is a first-generation immigrant.

He is married to Erin Lokitz, an actress. They have two children.

Tony’s parents believe in Hinduism, and Tony is most likely following his parents’ steps, although he never spoke about his religion publicly.

Tony is a fan of Yamaha products. He has endorsed their equipment during his performances.

Tony is known to be an animal rights activist. He supports Farm Sanctuary, organisation that promotes animal welfare.

He is also vegan.

He dyes his hair blonde.