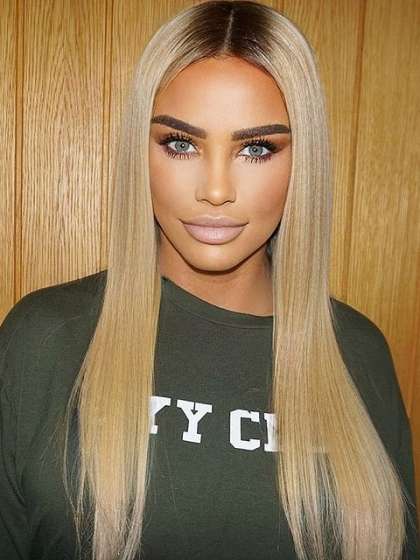 Compare your height to Katie Price

Who is Katie Price?

Katie Price is a prominent model, TV personality and host from England.

When she was 16, she sent her photos to one of the London Agencies. They liked her images and signed her up.

She received fame as a topless model named Jordan working for The Sun. Later, she collaborated with a lot of other popular gloss magazines.

She took part in numerous TV shows: Katie & Peter, Signed by Katie Price, Celebrity Big Brother, and more. In the latter, she became the winner of the 15th season.

Katie has 5 children. Her oldest son was born blind.

Price was born in Brighton, UK, in the family of Ray Infield and Amy Charlier. When the girl was four, her parents got divorced. Later, Amy got married to Paul Price.

She has two siblings: Daniel, a web master, and Sophie, a model.

Katie is not religious.

When she was a child, she became interested in riding horses.

At 19 she got her first plastic surgery. Later, she also underwent many other surgeries. The lady became literally addicted to it.

She got married to Rein in Las Vegas, but her wedding with Peter Andre was unbelievably glamourous.

Katie made lingerie, clothes and wrote books for charity.

Once, she stated that she was raped by an unnamed celebrity.