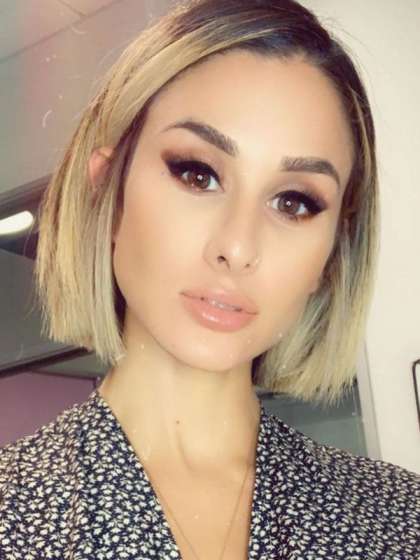 Compare your height to Brittany Furlan

Who is Brittany Furlan?

Brittany Furlan is one of the most popular personalities on the internet in America. She has an incredible followership on the video social network, Vine.

She had initially tried to break into television with several sketch comedy that she had written but after a few unsuccessful attempts, she decided to still get her comedy across to the world by uploading her videos on Vine and she quickly gathered the attention of internet users.

Due to her fame on Vine (she was the most followed account on the network), she was announced as one of the most influential people on the internet in 2015 by Time.

She was a feature in the 2018 Netflix documentary, The American Meme but made a film debut in the 2015 movie, We Are Your Friends.

She had previously been with Randal Kirk from 2011 to 2015 and she also dated Jordan Vogt-Roberts soon after the split until 2017.

She is the only daughter of Italian parents, Ronald Corrado Furlan and Jill Anne Pisano and she has Gregory Furlan as her only brother.

She has now become a stepmother to Dylan Lee and Brandon Lee since her marriage to their father.

Although she has not really been outspoken about her faith, Brittany is a still very much a Christian.

During the red carpet show of the 2014 Daytime Emmy Awards, she jokingly made a comment suggesting a male guest might get raped if he does not stay away. The comment was vehemently frowned at.

She appeared in Pitbull’s music video of Fireball.