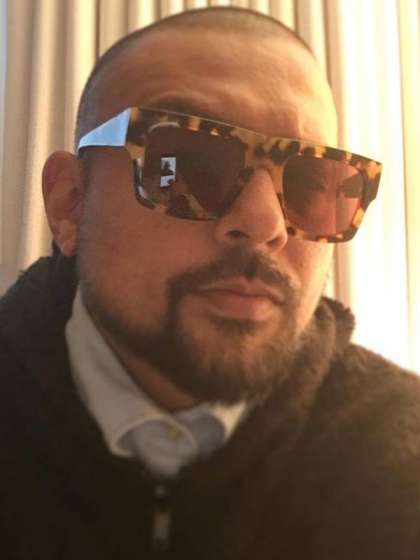 Compare your height to Sean Paul

Who is Sean Paul?

Sean Paul is a Jamaican rapper, DJ and record producer whose dancehall and reggae music has earned him global adulation and even a Grammy award.

Like many of his family members, Sean also became a swimmer and even played on the Jamaican national water polo team from the ages of 13 to 21.

His call to music came in 1996 after he was spotted at an open mic show and soon recorded Baby Girl and Infiltrate with J. Harding.

He won a Grammy for his 2002 album, Dutty Rock and has had numerous chart-toppers such as Gimme the Light, Get Busy, Give It Up To Me, Temperature and several others.

Some of his collaborative works include Baby Boy with Beyoncé, Breathe with Blu Cantrell, Break It Off with Rihanna and Rockabye with Clean Bandit.

Sean is straight. He is said to have been dating Jodi Stewart since 2002 but in 2012, all rumors were put to rest as they both walked down the aisle and got married.

He and his brother, DJ, artiste & music producer Jason Henriques a.k.a Jigzagula are sons of swimmers, Garth and Frances Henriques.

In 2017, there was another addition to his family when he became the father to Levi Blaze.

In September 2019 he became father to daughter Remi Leigh Henriques.

Although he has Jewish roots, Sean was actually raised as a Catholic but he doesn’t seem to be that devout anymore or maybe he just does not enjoy talking about his faith.

He studied commerce at college and wanted to go into hotel management until music changed his focus.

He is the most successful Jamaican artiste ever according to US charts.