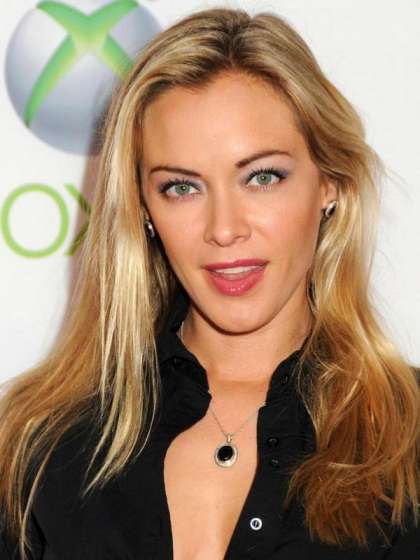 Compare your height to Kristanna Loken

Who is Kristanna Loken?

Kristanna Somer Løken is a beautiful model and talented actress known for playing a murderous cyborg from the future in one of the Terminator films.

With her mother’s encouragement, she competed in the Elite Model Look when she was just 14 and came in 4th place.

She also made her acting debut that year in one episode of the series As The World Turns in 1994.

2 years later, she earned a recurring role in Unhappily Ever After.

She is most famous for her taciturn killing T-X role in Terminator 3: Rise of the Machines in 2003.

Other films she is known for include BloodRayne in 2005 and Bounty Hunter in 2013.

Kristanna does not restrict herself to a gender and finds pleasure with both man and woman.

She was married to Noah Danby in 2008 but separated 22 months later. She has being dating Jonathan Bates since 2014.

She is the younger child of Merlin and Rande Loken and she has a sister, Tanya who is older than her by 16 years.

She became a mother in 2016 with her boyfriend, Bates. The boy is named Thor.

Her religious beliefs are uncertain, although she claims to have studied Buddhism extensively and she practices a Bikram which is a form of meditation.

For her role in Terminator, she took mime lessons and also gained 15 lbs.

She is a black belt holder in Krav Maga, a martial art from Israel.