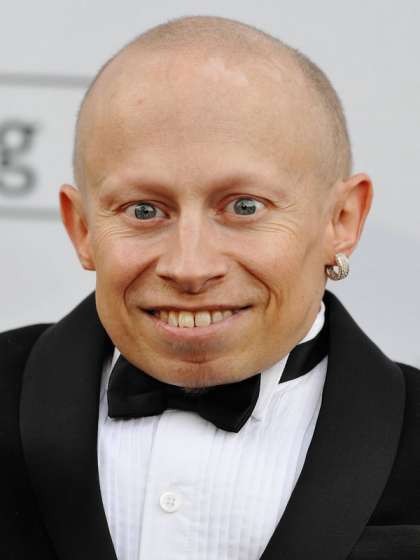 Compare your height to Verne Troyer

Who is Verne Troyer?

Verne Troyer was a talented comedian and actor popularly referred to as mini-me by his fans.

His career was officially launched in 1994 in the comedy film Baby's Day Out. In this film, he perfectly acted as a stunt double for a baby. The following year, he was welcomed into the television industry as he acted in the action series Masked Rider.

Over the years, Verne attained the recognition of his career through the spy comedy Austin Powers as well as its sequel. In this movie, he impeccable portrayed the Mini-me character.

Verne was straight. For a couple of months in 2004, he was married to the model Genevieve Gallen.

3 years later, he moved on and began a very committed relationship with the German-American actress Brittney Powell. Verne and Brittney were together up until his death in 2018.

In the past, he had also been romantically linked with other celebrities among who include Heather Kozar, Ranae Shrider and Chanelle Hayes.

His parents are Susan and Reuben Troyer. He is not the only child as he has other siblings, brother Davon and sister Deborah.

As a child, Verne was raised in an Amish community as both of his parents were Amish. However, his parents could no longer take the strict rules and eventually left.

On his official Instagram page is said: "During this recent time of adversity he was baptized while surrounded by his family."

In April of 2018, this incredible star was snatched off the face of the earth due to alcohol poisoning.