Compare your height to Tori Spelling

Who is Tori Spelling?

Being the daughter of famous director, Aaron Spelling, Victoria "Tori" Spelling is not just an actress, but also an author.

As early as 6 years old, she started taking acting lessons from a coach hired by her director father. As a result, by 10 years, she earned guest roles in TV series such as Vega$ in 1981 and The Love Boat, Fantasy Island both in 1983. She would go on and have at least one gig every year except in 1986.

Her claim to fame came when she was 17 as she was cast for Beverly Hills 90210 in 1990 as Donna Martin. Another big project of hers was appearing as herself in 2006’s So NoTORIous and reality TV show with her husband, Tori & Dean: Inn Love that started airing in 2007. In 2016, she starred alongside James Franco in Mother, May I Sleep With Danger?.

As an author, her first book titled Stori Telling, published in 2008, was a NY Times bestseller.

Tori is straight. Before her marriage to her current husband, she has been in relationships with a number of men including a 3-year marriage to Charlie Shanian in 2004.

Her parents are Aaron and Candy Spelling and Randy is her younger brother.

She is a wife to Dean McDermott and the mother of 5 kids; Liam, Stella, Hattie, Finn and Beau.

She is also the stepmother to Jack, Dean’s son from his previous marriage.

Tori parents are Jewish and she was raised in this faith. As an adult, she still adheres to this Jewish faith.

She has 6 published books to her name. She also fabricates and promotes her own jewellery fashion line on HSN.

Her net worth is around $1.5 million. 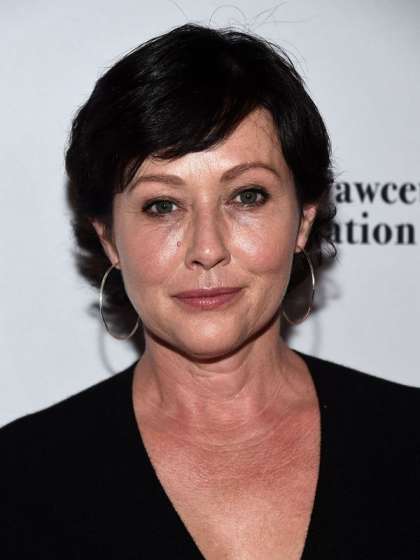