Compare your height to Barnaby Clay

Who is Barnaby Clay?

Fondly called Barney, Barnaby Clay, born in London but reinvented in New York, is a movie and music video writer, editor and director.

He attended a major art school in London and upon his graduation in 1996, his school’s entry into the Fuji Film Scholarship Awards, which he directed, took the award for Best Film. After graduation, he started shooting music and ad videos.

His expertise includes making music videos for pop and rock bands such as Take That, Yeah Yeah Yeahs, Dave Gahan and Blues Explosions. His filmography includes the 2007 short fantasy horror Finkle’s Odyssey that won multiple awards. Another recognised work is the 2016 theatre release, SHOT! The Psycho-Spiritual Mantra of Rock.

Barney is straight. His previous romantic associations before his 2011 marriage to the lead vocal of rock band Yeah Yeah Yeahs, are unknown.

Barney is the son of Peter Clay and Lilita DeBarros and the younger brother of an unnamed autistic brother. He is married to Karen Orzolek (known as Karen O) and together, they have a son called Django.

Barney attributes his fixation on filming to his thespian parents and his broad imagination to his autistic brother.

His first documentary film was in 2003 when he followed punk rock band, Menlo Park to Russia when he made Greetings From Beartown. 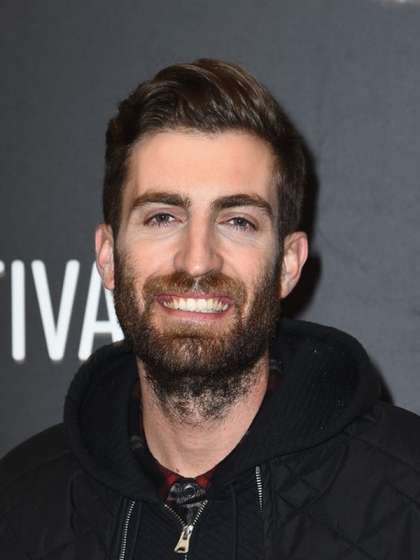