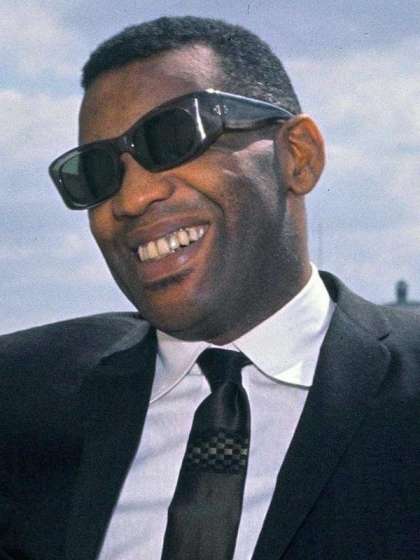 Compare your height to Ray Charles

Who is Ray Charles?

Ray Charles was a legendary American composer and singer.

Ray's initial exposure to fame occurred in 1957 as he released the album titled Ray Charles.

Ray experienced the most recognition of his musical career the same year he died as he released the album titled Genius Loves Company. This album topped the charts in US and Canada.

Ray was straight. In the early 50's, he tied the knot with Eileen Williams Robinson. However, their union unfortunately fell apart within a year. By the mid-50's he gave marriage another try as he moved on to Della Beatrice Howard. Their union lasted for a whopping 22 years before they eventually got a divorce.

Ray's parents were Bailey Robinson and Aretha Williams. At the point of his death, he had twelve children as a result of encounters he had with 10 different women.

During his formative years, he was immersed in Christianity under the Baptist denomination. The church played a significant role in preparing him for his career ahead as he used to sing in the choir. As he became an adult, he stated that he still held firm to his faith in God but just not under a particular denomination.

Robinson was his actual surname while Charles was his middle name.

Ray was a very skilled chess-player.

At a very tender age, he had glaucoma which eventually led to blindness. Nevertheless, this medical condition did not limit him in any way as he turned out to be a skilled sax, trumpet and clarinet player.

He died of cancer.