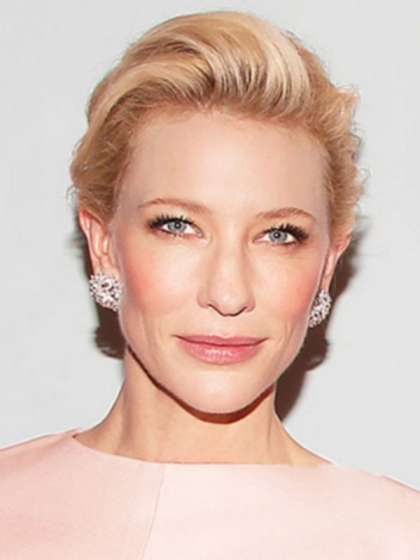 Compare your height to Cate Blanchett

Who is Cate Blanchett?

Cate Blanchett is an outstanding Australian theatre director and actress.

Cate's acting career was officially launched through the theatre in 1992 as she played the Electra character in the play, Electra. The following year, she branched into screen acting with her role in an episode of the television series Police Rescue. By 1996 she got her first movie role portraying the Rosie character in the short film Parklands.

Over the past decades, Cate has attained much credit for starring in the 2013 black-comedy film Blue Jasmine. Acting as Jasmine French in this movie has earned her a Golden Globe Award.

Cate is straight. When she was asked whether she had a relationships with women she answered that she had, but she never had a sex with woman.

Back in 1997, she became a member of the Upton family as she got married to the famous screenwriter Andrew Upton.

Cate seems to have had some exposure to Christianity in her childhood as she attended a Christian high school which leaned towards the Methodist denomination. Despite the exposure she has had, Cate still considers herself to be non-religious as she has not stuck to a particular belief.

The name Cate is derived from her first name Catherine while her middle name is Elise.

She has done a bit of voice acting in the animation How To Train A Dragon 2 as Valka.

She is an owner of 2 Oscars.