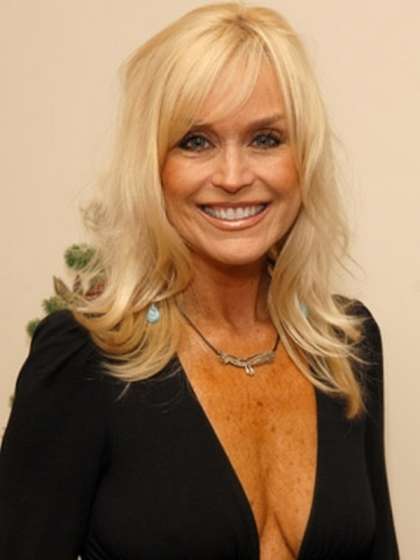 Compare your height to Catherine Hickland

Who is Catherine Hickland?

Catherine Hickland is a multi-talented actress, author and singer.

She got her initial screen exposure through an episode of the crime series, Vega$.

Through the course of her career, Catherine has attained the most recognition through the soap opera, One Life to Live.

Catherine is straight. Sometime between the late 70's and early 80's she was married to Richard Knowlton.

For 5 years from 1984, she was married to the popular actor, David Hasselhoff.

In 1992, she married yet another actor Michael E. Knight. This is her longest marriage so far as it lasted for 14 years.

In 2012, she became a member of the Fisher family as she tied the knot with the actor and producer, Todd Fisher.

Catherine is a Christian. Long after she had been off the screens, Catherine stated that she underwent various experiences that drew her closer to God. From this point, a desire to write a spiritual book was already stirred up in her and she was leaning towards the theme topic-Prayer. About this time, she got connected to a spiritual automatic writer, Fern Underwood, who was also her friend's mother. Together they wrote an all year round devotional called Cat and Fern's Excellent God Adventures: Daily Inspirations for 365 Days of Heaven On Earth.

For 6 months, she worked as a National Airlines flight attendant.

Catherine has done a bit of theatre acting the productions such as Les Misérables and Run for Your Wife.

Catherine is also a certified hypnotherapist.