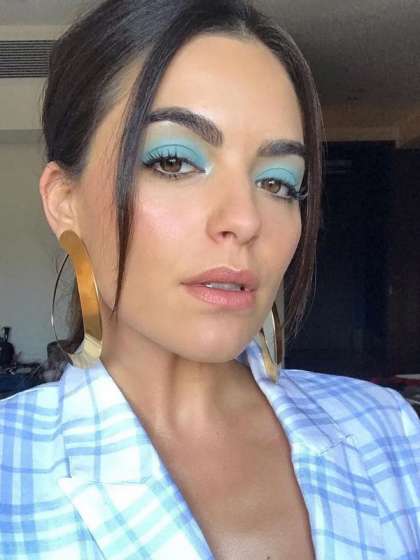 Compare your height to Olympia Valance

Who is Olympia Valance?

Olympia Valance is a talented Australian model and actress.

Before her acting career was launched, Olympia was into modelling. By 2014, she became both the face and body for the brand Gossard.

For the few years since her acting career began Olympia has attained the most recognition through her first acting role in the soap opera, Neighbours, where she portrays the Paige character. This role has brought her much fame as it earned her a Logie Award, as well as an Indie Soap Award nomination.

Olympia is straight. She was previously romantically linked with a guy named Greg Cannell.

Olympia's parents are Rajko Vukadinović and Tania Gogos-Wilson. Through her mother's other marriage, the iconic Australian musician Ross Wilson became her step-father.

From her father side, she has a half-sister, Holly Valance, who is also successful in the entertainment industry.

In her childhood, Olympia was exposed to Christianity under the Anglican denomination as she attended an all-girls Anglican school. However, it is unknown if has remained devoted to this religion or leaned towards other beliefs.

In 2016, she was featured in an episode of the game show, All Star Family Feud.

Same year she was a face of Guess Autumn/Winter collection.