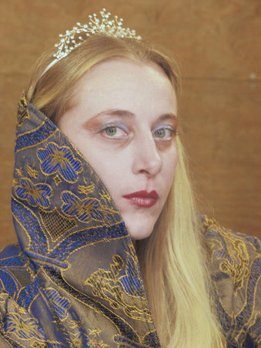 Compare your height to Ayesha Hauer

Who is Ayesha Hauer?

Ayesha Hauer is a Dutch actress.

Ayesha's earliest known acting role was through the At Ground Zero movie which was released in 1994. Two years later, she featured in the movie Welcome Says The Angel.

Among the various characters she has portrayed, Ayesha has obtained the most recognition for her role in the 1997 movie, Kick of Death.

Ayesha is straight. For 7 years, she was married to the award-winning actor Thomas Jane. While Ayesha and Jane were still together, they complemented each other and featured in movies alongside themselves.

Ayesha walked in the footsteps of her father Rutger Hauer who is a renowned actor and writer. Being a third generation actor beginning from her grandfather Arend Hauer, Ayesha's son Leandro Meander continued in the family occupation and became a fourth generation actor.

Growing up, Ayesha did not have a religious upbringing. When her father was asked what religion he was associated with, he stated that he had no idea. Therefore, Ayesha had no religious foundation to build her life upon. Ayesha has also been very private about her belief, therefore we cannot confirm if she grew to associate herself with a particular religion or developed personal convictions which she abides by.

In the British Television film Escape from Sobibor, the Lieutenant Aleksandr 'Sasha' Pechersky character was portrayed by her father Rutger. This role eventually earned him a Golden Globe Award.
In Ayesha's portfolio is mentioned that she is 5 ft 7 in tall.
She can speak and write Italian, German and English fluently.