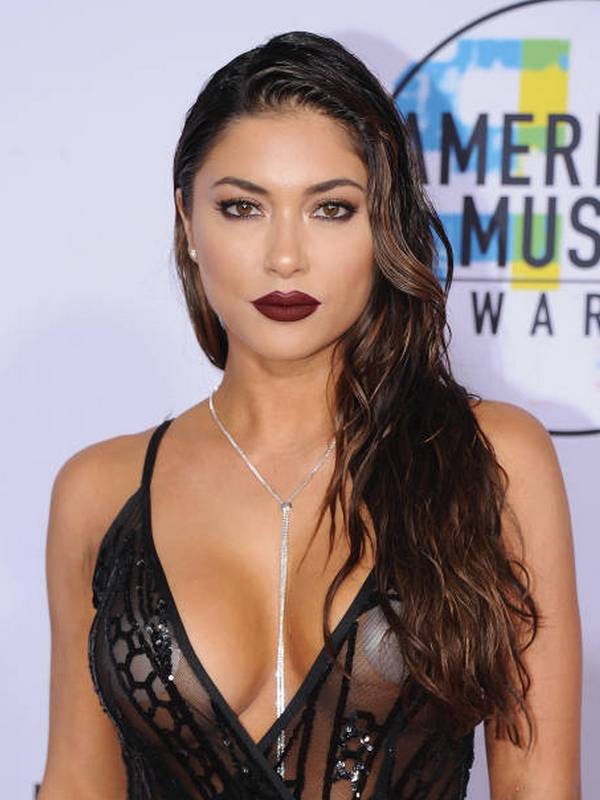 Compare your height to Arianny Celeste

Who is Arianny Celeste?

Arianny Celeste is known as an Octagon ring girl and a supermodel who appeared on numerous pages of men’s magazines.

In 2006, she debuted as a UFC ring girl in Hard Rock Hotel and Casino.

Two years later, in 2008, the girl was chosen the best ring girl of that year. The following year, she won the same title as well as in 2010.

Generally, Arianny was named Ring Girl of the Year five times for her career.

Thanks to her appearance and fitted body, Arianny Celeste decorated the pages of such popular magazines as Sports Illustrated, Maxim and Playboy.

By the way, when Celeste appeared nude in Playboy’s November’s issue it became one of the best-sold.

The girl is straight. She is single at the moment, but her dating history is rather long. She was romantically linked to Tiki Ghosn and these relationships are reported to promote her career success.

Shortly after that, she started dating Josh Burkman who was also a martial art fighter. And again their unit fell apart.

The model was even engaged to Praveen Chandra (a cardiologist), but they separated when he publicly accused her of hitting him. (Source: frostsnow.com, 07/2017)

Arianny Celeste is fluent in Spanish.

She is gifted in cheer-leading, dancing and gymnastics.

Her real name is Penelope López Márquez.
She was born in Las Vegas.
Body measurements above are taken from modelmayhem.com