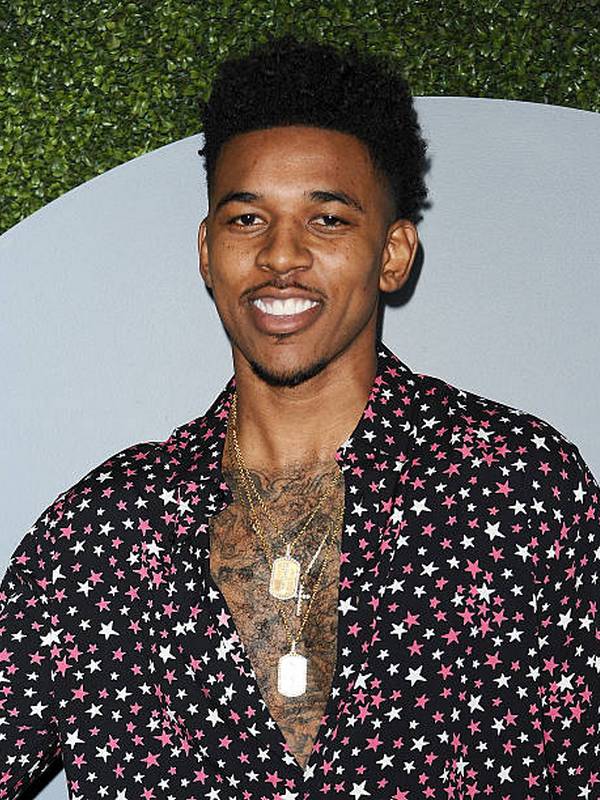 Compare your height to Nick Young

Who is Nick Young?

In 2004, HoopScoop named him the seventh best player in the US.

Despite being known as a Golden State Warrior basketball player. He has also gotten much recognition as the popular confused meme.

Nick is straight. After meeting the Australian rapper Iggy Azalea at a pool party in 2013 and a Woman Crush Wednesday twitter post in 2014 brought this cute couple together, they began dating for about a year and got engaged in 2015. Unfortunately, they broke up in 2016 after he cheated on her. (Source: usmagazine.com, 20/06/2016)

Nick is spiritual. From his Instagram video that explains the origin of his nickname which has turned into a stage name, we are convinced that Nick is spiritual and has some sort of relationship with God. In his caption to the video, he states it clearly "Me and God tight like that" in order words meaning he has a very close relationship with God. He recalls his nickname Swaggy P being given to him by God in a dream. (Source: cbssports.com, 16/05/2014)

Nick's name is the short form of Nicholas. His middle name is Aaron.

Nick earned the Mr. Most Hated title for hating what most of the world seems to love. For one, he completely despises the horror movie which won the Golden Trailer Award It. According to him, it is total trash. He also does not like teriyaki chicken but is open to trying anyone that is able to changes his mind. (Source: bleacherreport.com, 26/11/2017)