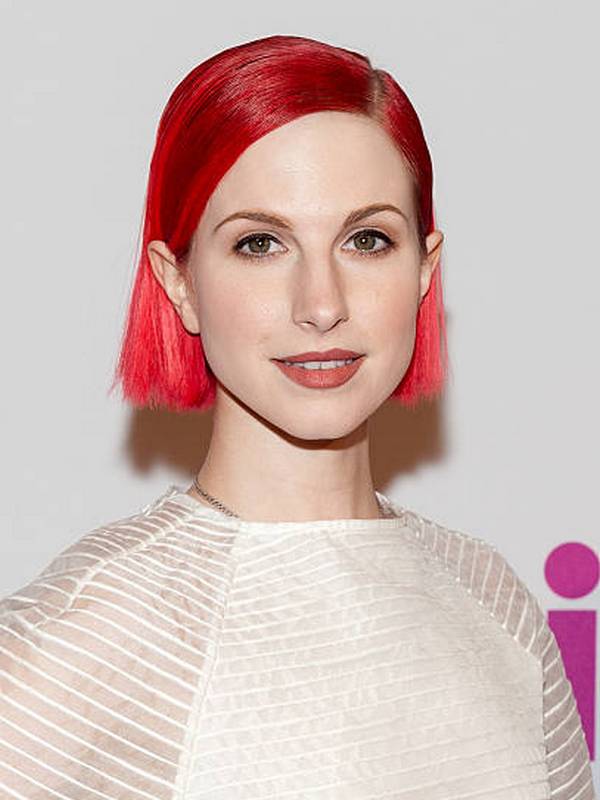 Compare your height to Hayley Williams

Who is Hayley Williams?

Hayley Williams is a vocalist of an American rock-band Paramore.

Hayley’s love to singing began in church. The girl hides this fact, but she used to sing in a choir.

When she was just 15 (!!!), this young talent was enrolled by both Paramore, as an author of the lyrics, and Atlantic Records as a singer.

Of course, Hayley first of all associates with Paramore rock band. The girl sings as well as plays the piano.

In 2009, she got the title Sex Goddess of the Year by Spin Magazine.

Hayley Williams has never commented on her religious views in any interviews or other sources.

Hayley is straight. She has been married to Chad Gilbert since the beginning of 2016. Unfortunately, the couple decided to divorce. The reasons vary. In the past, she was dating Josh Farro (a guitarist of the same band Paramore) for a few years.

Hayley is an unusual personality and she likes attracting attention. To achieve greater result, the girl dyes her hair different colors.

Though she seems inseparable with Paramore, in summer 2015, there was a moment when the singer took short creative vacations. She simply thought there was nothing else to sing about (actually, she was just exhausted and needed some rest).

The singer has two sisters, both of them are younger.