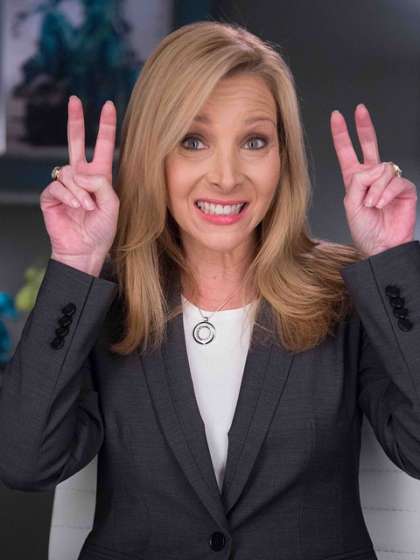 Compare your height to Lisa Kudrow

Who is Lisa Kudrow?

Kudrow began her comedy career with The Groundlings.

She first came to prominence with a supporting role as eccentric waitress Ursula Buffay in the NBC sitcom Mad About You.

Lisa is best known for her role as Phoebe Buffay in the NBC sitcom Friends, for which she received an Emmy Award in 1998.

She starred in Friends from 1994 to 2004 and also won two Screeners Guild Awards.

During her career, Kudrow has been nominated for a total of ten Emmys.

Lisa Kudrow is straight. Since 1995, the actress has been married to Michel Stern, whom she met on the set of Friends. They have a son named Julian Murray (born May 7, 1998).

Lisa was born in Los Angeles to Jewish parents Lee Kudrow and Nedra Stern. Her parents grew up in Brooklyn, and her father worked as a neurologist.

Lisa's paternal grandparents lived in Belarus before emigration in 1921.

In addition to her work in television comedies, Kudrow has also found success on the big screen. She was nominated for the Independent Spirit Award for Best Supporting Actress for her role in The Opposite of Sex, and also played major roles in Romy and Michele’s High School Reunion, Analyze Yhis, Hanging Up, Analyze That and Happy Endings.

In 2005, Kudrow focused on her career as a producer, and appeared only with small roles in films.

In 2014, Lisa played the first dramatic role in her career in the third season of Shonda Rhimes' Scandal series.