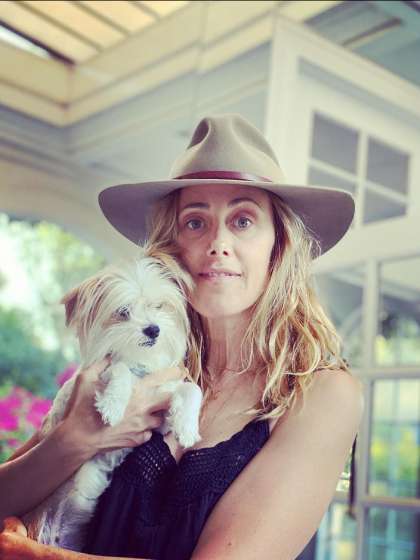 Compare your height to Kim Raver

Who is Kim Raver?

Kim Raver is a talented actress from the USA.

Kim was discovered at a department store and began her acting career at age 6 – she got a small role on Sesame Street. Her big break happened when she appeared on Broadway in Holiday. She acted opposite Laura Linney and Tony Goldwyn.

The actress is mostly known for such roles on Third Watch, 24, Lipstick Jungle, and Grey's Anatomy.

Also, Raver can be seen in movies Mind the Gap, Night at the Museum, Marvel Rising: Secret Warriors, as well as on TV shows The Nine, Lipstick Jungle, Revolution, 24: Live Another Day, Full Circle, and others.

Kim is straight. She tied the knot with director and writer Manuel Boyer in 2000. The couple welcomed two kids together: Luke West in 202 and Leo Kipling in 2007.

The actress is from New York. She was raised by her single mother, Tina Raver. Later, the woman got married to Chris Meltesen, who became Kim’s stepfather. Raver has a sister whose name is Cybele.

Kim’s religion is unknown. Supposedly, she is an atheist.

Kim is a real workaholic. After she welcomed her son, Leo, the actress returned to working on Lipstick Jungle when he was just several weeks old.

She met her future husband in a swimming pool.

The actress likes to travel to France and tries to do it as often as she can.

Sometimes, she forgets that she is not a doctor in real life. Once, she even said she is a doctor on a plane.