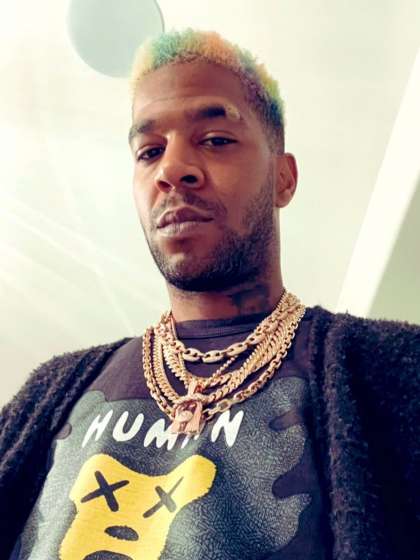 Compare your height to Kid Cudi

Who is Kid Cudi?

Kid began rapping back in 2003 and soon moved to New York to pursue his music career. In 2006, he met Kanye West – his friend and mentor. Since that time, Cudi’s life has changed significantly.

During his career, the rapper released 7 studio albums and created two collaborated albums. Furthermore, Kid showed himself as a talented actor. He can be seen in Need for Speed, Two Night Stand, Entourage, Drunk Parents, Crisis, and more.

Cudi is also known to engage in philanthropy and work with several charity organizations.

Kid is straight. He used to have several bright romances with beautiful ladies.

The rapper doesn’t have kids.

The rapper was born in Cleveland, Ohio, USA, in the family of Elsie Harriet and Lindberg Styles Mescudi - a school teacher and a house painter. Cudi’s real name is Scott Ramon Seguro Mescudi. He has two brothers, Domingo and Dean, and a sister, Maisha.

Kid Cudi is a Catholic.

He has a framed hologram of Jimi Hendrix in his house.

He was expelled from high school for threatening to punch his principal.

When being in college, Cudi thought about an acting career.

Being a musician is nothing new in his family. Kid’s uncle was an accomplished jazz drummer.

Cheeseburger is one of his favorite foods. There was a time, when he could eat 5-6 cheeseburgers during a day.

The rapper tried to play various musical instruments, but he failed.