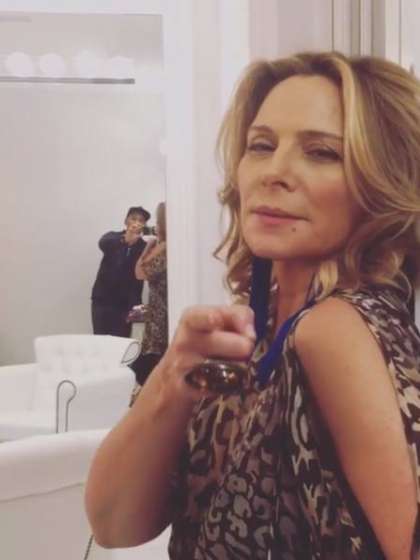 Compare your height to Kim Cattrall

Who is Kim Cattrall?

Kim Cattrall is a famous actress from England.

When Cattrall was a teenager, she started being interested in acting - the girl took drama courses at the London Academy Of Music And Dramatic Art. Her first movies were Rosebud in 1975 and Deadly Harvest in 1977.

The filmography of the actress is just impressive and includes more than 100 various projects. But, Kim is mostly known for her role as PR executive Samantha Jones on Sex And The City. She was on the show for six years, from 1998 to 2004. Kim was nominated for a Screen Actors Guild award in 2002 for her role.

The actress doesn’t have any children.

Kim was born in Liverpool, England, in the family of Gladys Shane and Dennis Cattrall – a secretary and a construction engineer. She has three siblings: Christopher, Cherry and Elizabeth. But when she was just three months old, her family moved to Canada. They returned to England eleven years later.

The actress is an avid supporter of Liverpool F.C.

In 2010, Cattrall was named an Honorary Fellow of Liverpool John Moores University in recognition of her contributions to the dramatic arts.