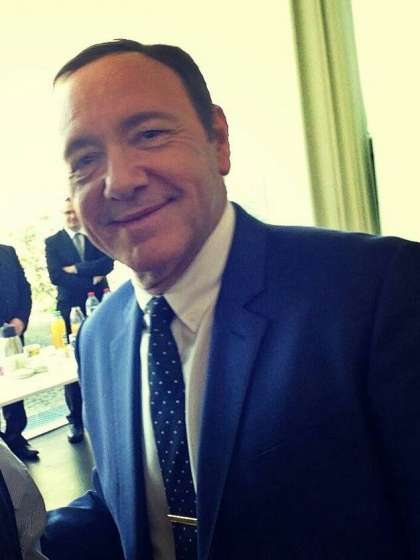 Compare your height to Kevin Spacey

Who is Kevin Spacey?

Spacey began taking acting classes and started being interested in drama when he was a schoolboy. His acting career started back in the late 80s – he got a small role in Working Girl in 1988 and then in See No Evil, Hear No Evil in 1989.

Since the middle 90s, this actor became widely known to the public. He appeared in numerous hit movies, namely: A Time to Kill, L.A. Confidential, American Beauty, and more. In 2013, Kevin joined the cast of House of Cards – the biggest and longest project in his career. For his role in the TV series, he got several Golden Globe and Emmy nominations and in 2015 – he won a Globe award.

Spacey prefers to keep his love life private. Supposedly, he is straight. However, once, he was surrounded by rumors about his gay orientation. The actor denied everything.

The actor is from South Orange, New Jersey. His parents are Kathleen Ann and Thomas Geoffrey Fowler - a technical writer and a secretary. Kevin is the youngest of three kids in the family. He has two brothers, Randy and Rod, and a sister, Julie Ann.

The actor’s religion is still unknown. It is not clear whether he is Catholic, Christian, agnostic, or atheist.

When he was a boy, he attended military school.

There was a time when he wanted to become a stand-up comedian.

The actor got two Oscars: for The Usual Suspects in 1996 and for American Beauty in 2000.