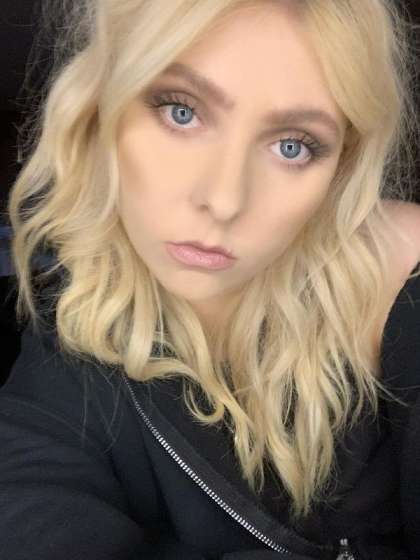 Compare your height to Taylor Momsen

Who is Taylor Momsen?

Taylor Momsen is a prominent singer, songwriter, and actress from the USA.

When the girl turned three, she took part in filming a Shake-N-Bake commercial. Three years later, she made her movie debut. It was How The Grinch Stole Christmas with Jim Carrey.

Momsen was signed to IMG Models at 14. In 2010, she was one of the models for John Galliano’s fragrance.

As she always wanted to become a popular singer, she formed The Pretty Reckless, a rock band. Momsen is its leading singer. Momsen released four studio albums with her band.

Taylor Momsen is straight. She has had several bright romances with celebrity men.

She was born into a family of Colette and Michael Momsen. The lady has a sister named Sloan Momsen. Sloan also succeeded in acting and modeling.

She doesn’t have kids.

Taylor doesn’t have a high acting education, but since she was taking a lot of various classes from her early age, she became very skillful.

Such famous people as Robert Plant, John Lennon, and Kurt Cobain are her celebrity idols. Taylor loves the bands Garbage and the Black Eyed Peas.

The actress left Gossip Girl because she wanted to focus on her singing career. It was her last project. She stopped acting in 2012 and didn’t take any job offers since that time.

Momsen is a smoker.