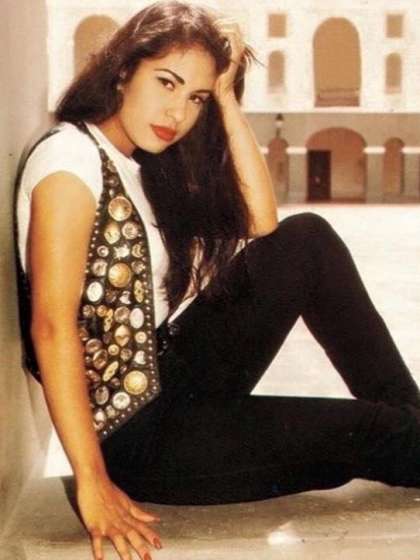 Compare your height to Selena Quintanilla

Who is Selena Quintanilla?

When she was 10, she joined her father’s band and her singing journey started there. Later, the lady created a successful solo career and released five studio albums.

The breakthrough in her career happened in the 80s. Her albums Amor Prohibido and Selena Live brought big popularity to the singer. Her last album, Dreaming of You, was released posthumously in 1995.

In addition to her love for singing, the woman was also a model and fashion designer. She had two boutiques with clothes in Texas.

Selena is straight. She tied the knot with Chris Pérez in 1992 and they were together until her death.

Selena Quintanilla was born in Texas. Her father is Abraham Quintanilla Jr. He was a former musician. Her mother is Marcella Ofelia Quintanilla. She had two siblings: brother Abraham and her sister Suzette. Both Abraham and Suzette were also in their father’s band: the boy played on bass guitar and the girl played on the drums.

Quintanilla was a Jehovah's Witness.

When she was 23, she was murdered by Yolanda Saldivar, the president of Selena’s fan club and the manager of her boutiques. The singer was going to fire Saldivar and the woman shot Selena.

She was considered the Queen of Tejano, a type of Mexican music.

In college, Selena majored in business administration. It helped much in her career later.

She recorded her songs both in English and Spanish.

The singer has a star on the Hollywood Walk of Fame.