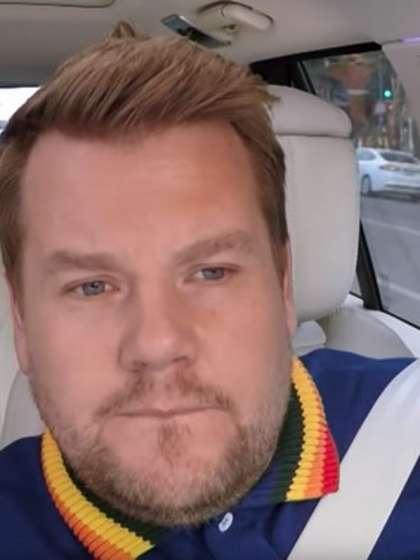 Compare your height to James Corden

Who is James Corden?

James Corden is a popular actor, comedian, producer and TV presenter from the UK.

James debuted on the theater stage in 1996. Then, he tried himself as a host and launched one of the most popular shows to date- Carpool Karaoke.

A little later, he gained popularity for his role in Fat Friends.

In 2007, the actor became truly successful on local television, becoming the creator and performer of one of the roles in the sitcom Gavin and Stacy.

Then, Corden was seen in numerous projects: Animals United, Norm of the North, Trolls, Peter Rabbit, and so on.

In 2015, he became the host of The Late Late Show with James Corden. It was received very well both by the public and by critics.

James Corden is straight. In 2012 he tied the knot with actress Julia Carey after a three-year-long romance. The couple welcomed three kids together.

The father of the future comedian, Malcolm, worked as a saxophonist, and his mother, Margaret, was a social worker.

Even though Corden was raised in a Salvation Army Church, he stated that he doesn’t identify himself as a Christian.

Along with Kylie Minogue, Corden hosted The BRIT Awards.

James Corden is also a popular voice artist. In 2009, he voiced Soldier Vernkot in Planet 51.

As a philanthropist, he has supported various organizations, such as UNICEF and Teenage Cancer Trust.

He lives in the USA.