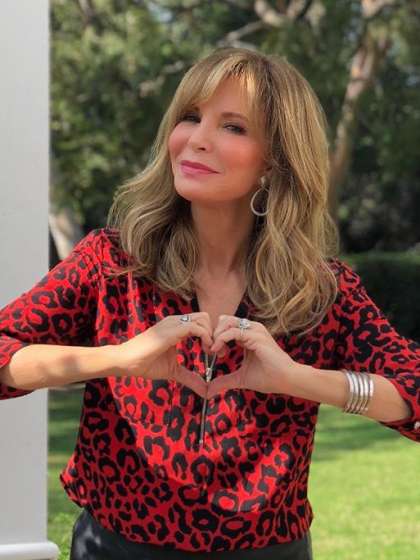 Compare your height to Jaclyn Smith

Who is Jaclyn Smith?

Jaclyn Smith is an American and Canadian actress.

After college, she dreamed of becoming a ballerina. Soon, however, her dreams switched to a career of a model and actress. In 1971, she became the official face of Breck shampoo, and a couple of years later, along with another popular model and actress, Farrah Fawcett, Jaclyn advertised Wella Balsam shampoo.

Jaclyn Smith is best known for her role in the popular television series Charlie's Angels, which ran from 1976 to 1981. Jaclyn was the only actress who starred in the project throughout its existence.

After the end of the show, she founded her own brand of fashionable clothes and perfumery.

In 1981, the actress appeared in Jacqueline Bouvier Kennedy. For that role, Smith received a Golden Globe nomination.

Jaclyn Smith is straight. The actress has been married four times. In her second marriage, she gave birth to two children.

Her parents are Margaret Ellen Hartsfield and Jack Smith.

Jaclyn’s children are Gaston and Spencer Margaret. Tony Richmond is the father of them.

Jaclyn was brought up in a religious home.

Smith was offered the leading role in the blockbuster James Bond film Moonraker in 1979. However, the role went to Lois Chiles and Moonraker became one of the most successful and iconic Bond movies.

She was honored with a star on the Hollywood Walk Of Fame in 1989.

In 2002 Jaclyn was diagnosed with breast cancer. She underwent a lumpectomy and radiation treatment.