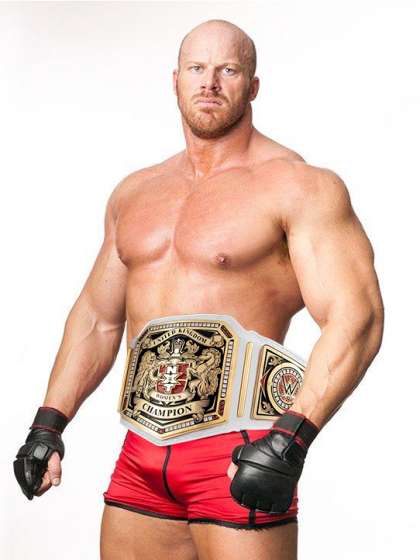 Compare your height to Nathan Jones

Who is Nathan Jones?

Nathan Jones is an Australian powerlifting  and strongman champion known for his wrestling accomplishments and big-screen roles. He retired from wrestling in 2005.

Nathan was attending strongmen competitions and acquired a name of Megaman. He won the World Strength Championship (1995) in Scotland and several other contests.

At the same time he was doing powerlifting and after a while became the champion of Australia.

At the beginning Nathan was referred to as Hannibal Lecter. This name however was later refused. After improving his skills in Ohio Valley Wrestling, Jones came back to TV with The Colossus of Boggo Road name.

Nathan is straight. He has a wife Fawn Tran whom he married in 2017.

With his wife Jones has one child.

During an arm wrestling competition with Magnus Samuelsson, Nathan used his second arm which resulted in a fracture in the main hand. Because of that he had to leave the competition right away.

Before his success as a wrestler, Jones went to jail for robberies. He had to spend there 16 years but spent 7 years instead and was let go at the age of 25. It was where he became interested in powerlifting.