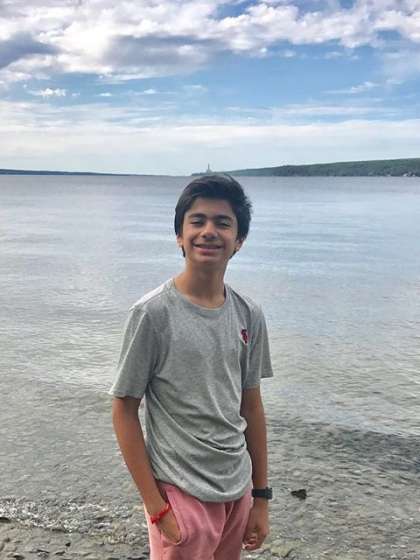 Compare your height to Neel Sethi

Who is Neel Sethi?

Neel is an American actor with Indian ancestry. He had a part in the famous The Jungle Book live-action movie by Jon Favreau. After his big-screen debut, Neel announced he is willing to perform in both Hollywood and Bollywood projects.

Even though The Jungle Book was his first notable role, three years before in 2013 Neel had a part in a Diwali short film.

The Jungle Book movie where Neel had a lead role of Mowgli appeared on big screens in 2016 and was a break-through in his career. At that time he was only 12 and was chosen from thousands of other boys. He was also the only live-actor.

Surprisingly enough, Neel wasn’t familiar with the original book until an audition. Namely, the audition made him want to read the whole story.

There is no public information about Neel’s relationships.

He comes from an Indian-American family with Punjabi ancestry. It is a known fact, Neel visited some of his relatives while The Jungle Book was being filmed. He has a sister.

Neels’ parents are dentists. Initially, he wanted to pursue the same career but in the end, he chose acting.

As his character in The Jungle Book persistently moves though a diverse and tough environment, Neel had to do it effortlessly as well. For this reason, he started attending parkour classes.

In the recording studio, Neel became friends with Bill Murray. Sethi recalls laughing a lot when Bill was around. The bear Baloo who acquired Murrey’s voice was Neel’s favorite character in the movie.