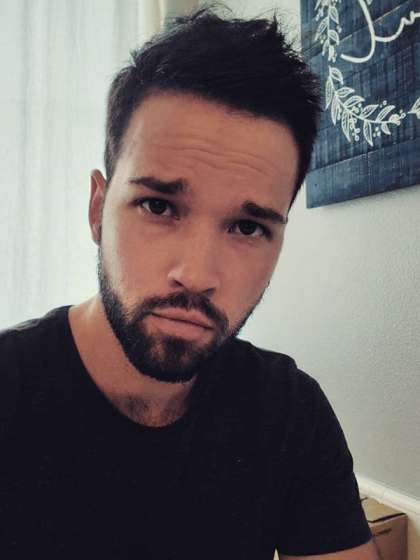 Compare your height to Nathan Kress

Who is Nathan Kress?

Nathan Kress is an American actor. He is famous for his television appearances, Nickelodeon TV series, modeling, and charity.

Early Accomplishments
Nathan’s acting talent was noticed by his mother when the boy was only four years old. Promptly signing with a talent agent, Nathan started acquiring roles in advertisements, commercials, and voice-overs.

Kress appeared on TV for the first time in 2005 playing Simon Cowell in American Idol. He then continued to get parts in series on Disney TV channel and Nickelodeon.

Nathan acquired numerous fans for his role as Freddie in popular teen series iCarly by Nickelodeon (2007-2012). The executive producer of iCarly became interested in Nathan’s performance after his role in another Nickelodeon series Drake & Josh (2004-2007).

Nathan is straight. In 2015 Kress and an actress Elise Moore announced their engagement. They married the same year.

Nathan has two brothers, Andrew and Kevin. Despite Nathan's successful acting career, both of them are not involved in performing.

Together with his wife Nathan has a daughter Rosie Carolyn Kress (b. 2017).

He is an evangelical Christian. Religion shaped Nathan’s views in a way he feels responsible for his image and tries his best to have a good one.

During the iCarly shootings Nathan and his co-partners Miranda Cosgrove and Jennette McCurdy studied the home-school system.
Nathan does charity and is involved in several organizations such as the Make-A-Wish Foundation and the Christian missionary organization.