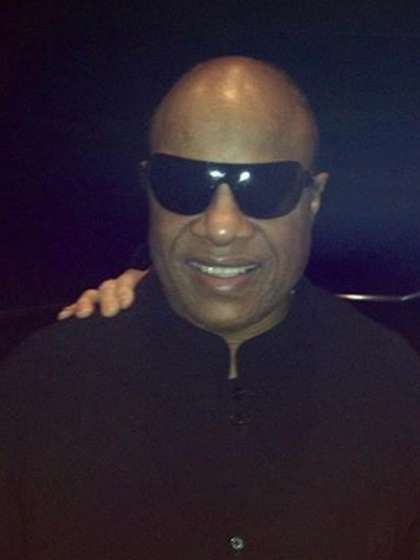 Compare your height to Stevie Wonder

Who is Stevie Wonder?

Stevie Wonder is a popular music icon and one of the most successful of the past century. He is a multi-award winning singer, songwriter, multi-instrumentalist and record producer.

He began singing at the church choir from a very early age and also learnt to play the drums, bongo and harmonica, the latter which impressed Berry Gordy so much that he got signed on to Motown Records at the age of 11, releasing his debut album in 1962 titled The Jazz Soul of Little Stevie at age 12.

Known for his charismatic nature of his performance while playing the piano, Stevie has more than 100 million in record sales with 26 studio albums with songs such as Fingertips, Superstition, Isn’t She Lovely, I Just Called To Say I Love You, That What Friends Are For and Happy Birthday.

Stevie is straight and has been married to Tomeeka Bracy since 2017. He was previously married to Syreeta Wright in 1970 for 2 years and Kai Millard in 2001 for 11 years. He has also been with a few other women over the years, the most prominent of these being Yolanda Simmons and Melody McCulley.

He was born Stevland Hardaway Judkins to Calvin Judkins and Lula Mae Hardaway and adopted the surname Morris after his mom left his dad with his 5 siblings. He fathers 9 children with 5 women; Aisha and Keita both with Yolanda, Mumtaz with Melody, Sophia and Kwame with an unknown lady, Kailand and Mandla with Kai, and the last 2 with Tomeeka.

Stevie Wonder is a devoted Christian who grew up in a Baptist church and never fails to attribute his fame and fortune to God.

He has won 25 Grammy Awards, the 5th most awarded artiste ever.

Due to a birth defect, he is blind from birth.

He was involved in a near-fatal auto-crash in 1974. He lost his sense of smell due to this.