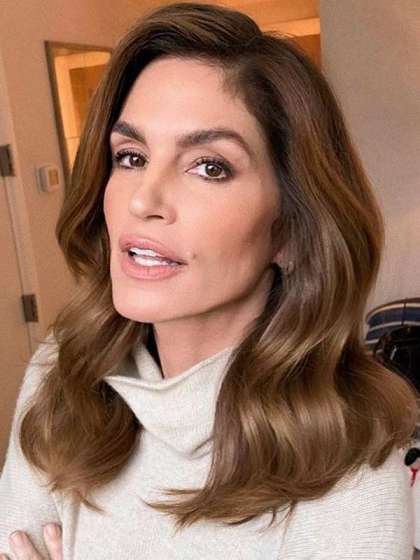 Compare your height to Cindy Crawford

Who is Cindy Crawford?

Cindy Crawford is an internationally recognized supermodel whose fame and success has led her to become an actress and a TV personality.

After receiving a huge positive feedback for her cover of a local magazine, she joined Chicago’s Elite Model at age 17, finishing runner-up in their annual Look of the Year competition.

She dropped out midway into her first semester of her Chem. Eng. studies at Northwestern (on scholarship) to pursue modeling. In 1988, she posed nude for Playboy.

Known for the mole above her lip (sometimes called her beauty mark), she has graced many magazine covers so much that in 1998, she had a partial count of over 500 that year alone.

Her red Versace dress at the 63rd Oscars in 1991 has become one of the most copied styles ever.

Cindy is straight and has been married to Rande Gerber since 1998. She was formerly married to Richard Gere in 1991 for just 4 years.

A few of the other men she has dated include Jon Bon Jovi, Val Kilmer and Jon Stewart.

She and her big sisters, Danielle and Chris are daughters of Jennifer Crawford-Moluf and John Crawford. She had Jeffrey as a younger brother but he died aged 3.

Cindy was raised as a Protesant but never appeared to be religious. However, in recent times, she has given enough indication that she is now a practicing Presbyterian.

Due to the sad death of her brother via childhood leukemia, she is a passionate sponsor of pediatric oncology and has raised millions of dollars to this cause.

She has 4 fitness & workout videos out.