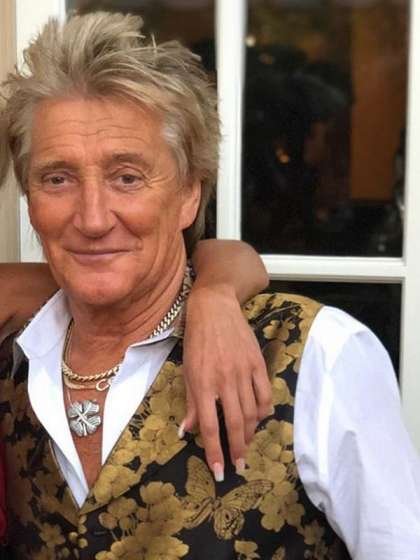 Compare your height to Rod Stewart

Who is Rod Stewart?

Sir Roderick “Rod the Mod” Stewart CBE is one of the biggest names in the British music scene. He is a Brit Award & Grammy Award winner as a prolific rock singer.

His father bought him a guitar when he was 1 years and learnt to play soon after. He joined a band while in school called Kool Kats.

With a harmonica, in 1962, he began busking locally and even across Europe and in 1963, joined the R&B group, The Dimensions.

In 1994, he made global history at Rio de Janeiro by performing for 3.5 million fans in attendance at the biggest ever free concert.

Rod is straight and has been married to Penny Lancaster since 2007. He was previously married to Rachel Hunter for 16 years from 1990, coming after his first marriage in 1979 to Alana (now) Hamilton ended in 1984.

Rod infamously had affairs with many women, most popular being with Susannah Boffey, Britt Ekland, Kelly Embery, Dee Harrington and Bebe Buell.

He is the youngest of his siblings, Mary, Peggy, Don and Bob Stuart, all children of late parents, Robert Stewart and Elsie Gilbart. He has 8 children with 5 different women.

Rod is a Presbyterian Christian and attends the Church of Scotland with his wife.

A soccer enthusiast, he is a lifelong fan of Scottish side, Celtic FC. He is also a model railway fanatic.

He released his book, Rod: The Autobiography in 2012.